This Is Why We Read 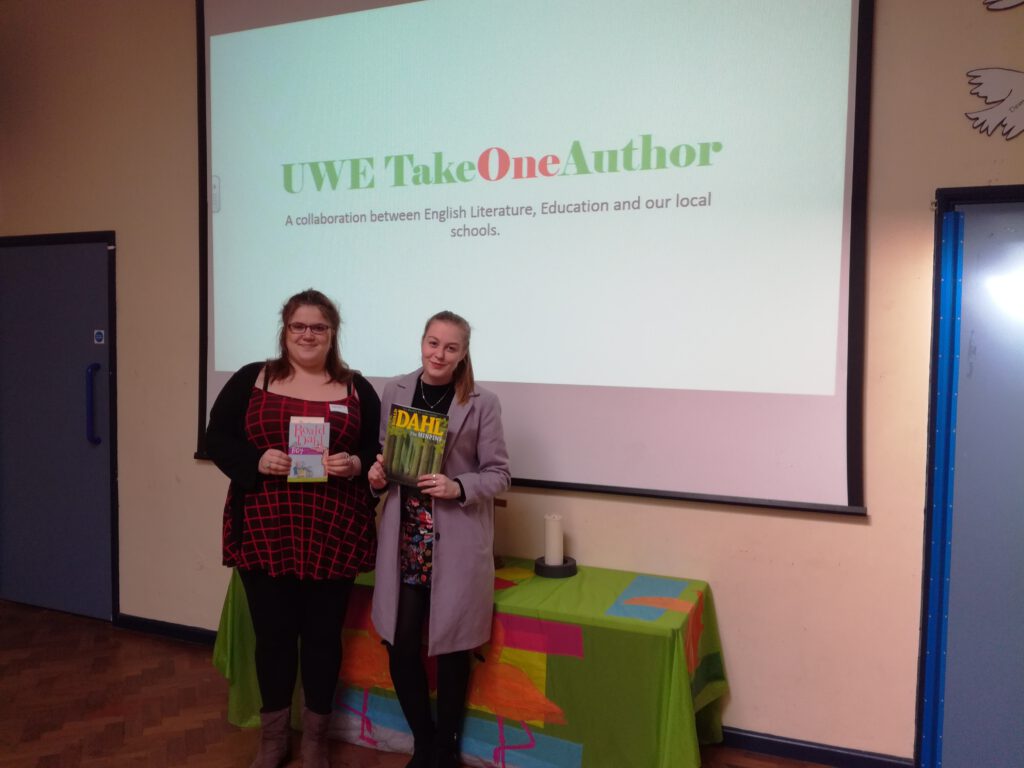 As with most good ideas this began with good company, mugs of coffee and biscuits (of which Roald Dahl would approve). Dr Jane Carter and I were thinking, and to quote Elmer, ‘the think that we thinking’ was how we could take our research from the dusty archives, libraries and offices to where it could really work at its hardest, to make a difference…. your schools.

The year was 2016, and Cardiff, where I lived, was in the midst of a Roald Dahl frenzy. It was his centenary year and everywhere we looked there were Roald Dahl quotations, merchandise and even, occasionally, books. In 2012, I had co-edited and contributed to the first collection of academic essays on Dahl’s children’s books, clearly peaking four years too early. In 2016 I had also been asked to contribute, fittingly enough, and perhaps with more canny timing on the part of the editor, to another academic collection of essays, Roald Dahl: Wales of the Unexpected focusing on identity, his Welsh childhood and The BFG. My monograph The Family in English Children’s Literature published back in 2008 (find a review here), was also sat high on the shelf at home, out of the reach of sticky fingers, for since its publication, my home had seen the addition of one baby girl, followed three years later by twins.

These books had been successful enough, but it seemed to me there should be more to it than this. The writing had been very much for the grown-ups, and it seemed, mainly for literature students or fellow academics, these books would probably never reach schools, teachers, parents, or even children’s publishers, and yet I had so much to say about the books and stories that so very many people were reading everyday, the stories that we have in common, for children’s stories touch everyone no matter what they go on to do in adult life. I wanted to take some ideas from my academic books, in child-friendly, bites, and then in slightly larger anyone-who’s-not-an-academic-but-works-with-children-and-likes-literature bites, to where they could make a difference, into the hands and hearts of our children, educators, publishers… in fact as far and wide as I could manage.

Jane it seemed was the perfect partner in this. A fellow academic, she works in the Education Dept, her research took her into schools, to talk to actual real children and teachers. Jane also has extensive expertise in children’s literature, but also with the practicalities of how it works in classrooms, having been a teacher, a deputy head and a literature consultant. And, remember this, we both liked coffee, biscuits and books.

We began tentatively enough, by sharing our expertise from our different, yet at the same time, strikingly similar disciplines, we put our heads together and developed assemblies. To begin with we grouped together our undergraduates from UWE Education and English Literature, fed them my research on Roald Dahl, coupled with Jane’s education input, and they designed 20 minute long assemblies, which over the next 2 years various groups of  students delivered in up to 30 primary schools across Bristol and S.Glos.  This had many positive results, our students worked with peers outside of their own disciplines, they were designing their own assemblies, using academic research, and then presenting it, sometimes in front of 500 children and fifty adults. But more importantly, this was a way to get bite-sized bits of university research, from the books on the high shelves, and in offices, through the coffee shop, to our lecture theatres, to a mix of students, and through to school halls, pupils and perhaps, if we were lucky, those children may even have mentioned us in their own own living rooms. Yes, we know there’s a Chinese Whisper effect here. But  an excitement about books was beginning, university research was just edging through, painting, we hope, a little bit of sparkle on whoever touched it along the way.

To help make sure more of that glitter stuck, I offered follow-up classes, after assemblies, often initially on Dahl, to a year of the school’s choice. Here we might discuss, themes straight from my research. Roald Dahl and family, his depiction of women, a close look at Blake’s illustrations, and as the project grew, and my experience blossomed, we turned to the more controversial elements of Dahl, especially with years 5 and 6, and readers (both pupils and teachers) who felt empowered to ask more questions, to see more and more complexities were created, one story, one session, one quotation, or image, at a time.

This website uses cookies to improve your experience while you navigate through the website. Out of these cookies, the cookies that are categorized as necessary are stored on your browser as they are essential for the working of basic functionalities of the website. We also use third-party cookies that help us analyze and understand how you use this website. These cookies will be stored in your browser only with your consent. You also have the option to opt-out of these cookies. But opting out of some of these cookies may have an effect on your browsing experience.
Necessary Always Enabled
Necessary cookies are absolutely essential for the website to function properly. This category only includes cookies that ensures basic functionalities and security features of the website. These cookies do not store any personal information.
Non-necessary
Any cookies that may not be particularly necessary for the website to function and is used specifically to collect user personal data via analytics, ads, other embedded contents are termed as non-necessary cookies. It is mandatory to procure user consent prior to running these cookies on your website.
SAVE & ACCEPT